LADY IN THE WATER

M. Night Shyamalan Sinks To The Bottom
By Cole Smithey 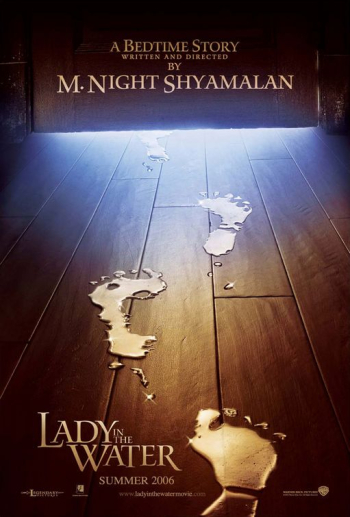 Apologists for the categorically inadequate M. Night Shyamalan have their work cut out defending yet another cinematic killjoy from the "auteur" whose high box office receipts do not reflect the ineptitude of his filmmaking skills. Inflated from an impromptu "bedtime story" that Shyamalan invented for his children, "Lady In The Water" is a hackneyed tale about a water nymph inappropriately named "Story" (Bryce Dallas Howard) who resides at the bottom of an apartment complex swimming pool. 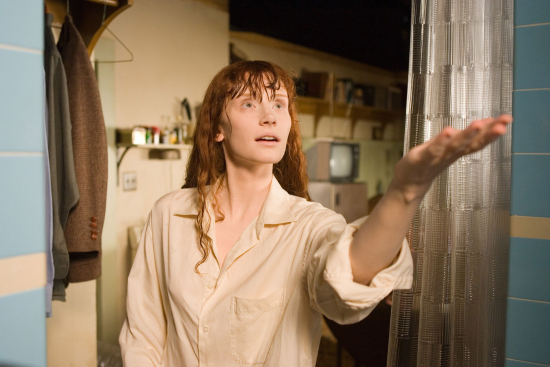 Paul Giamatti is Cleveland Heep, a stuttering superintendent who discovers the sprite, or "narf" as she’s called, and protects her until he can wrench enough exposition from his underemployed neighbors to send Story back to her "Blue World" home. Standing in their way is a red-eyed hyena creature called a "scrunt" that roams the compound attempting to kill Story. The pun is intrinsic. Voice-over narration informs us that the narf has the potential to save humanity from capitalism if the humans around her merely glimpse her naked nymph form. "Silly" is too kind a word for this type of rubbish. 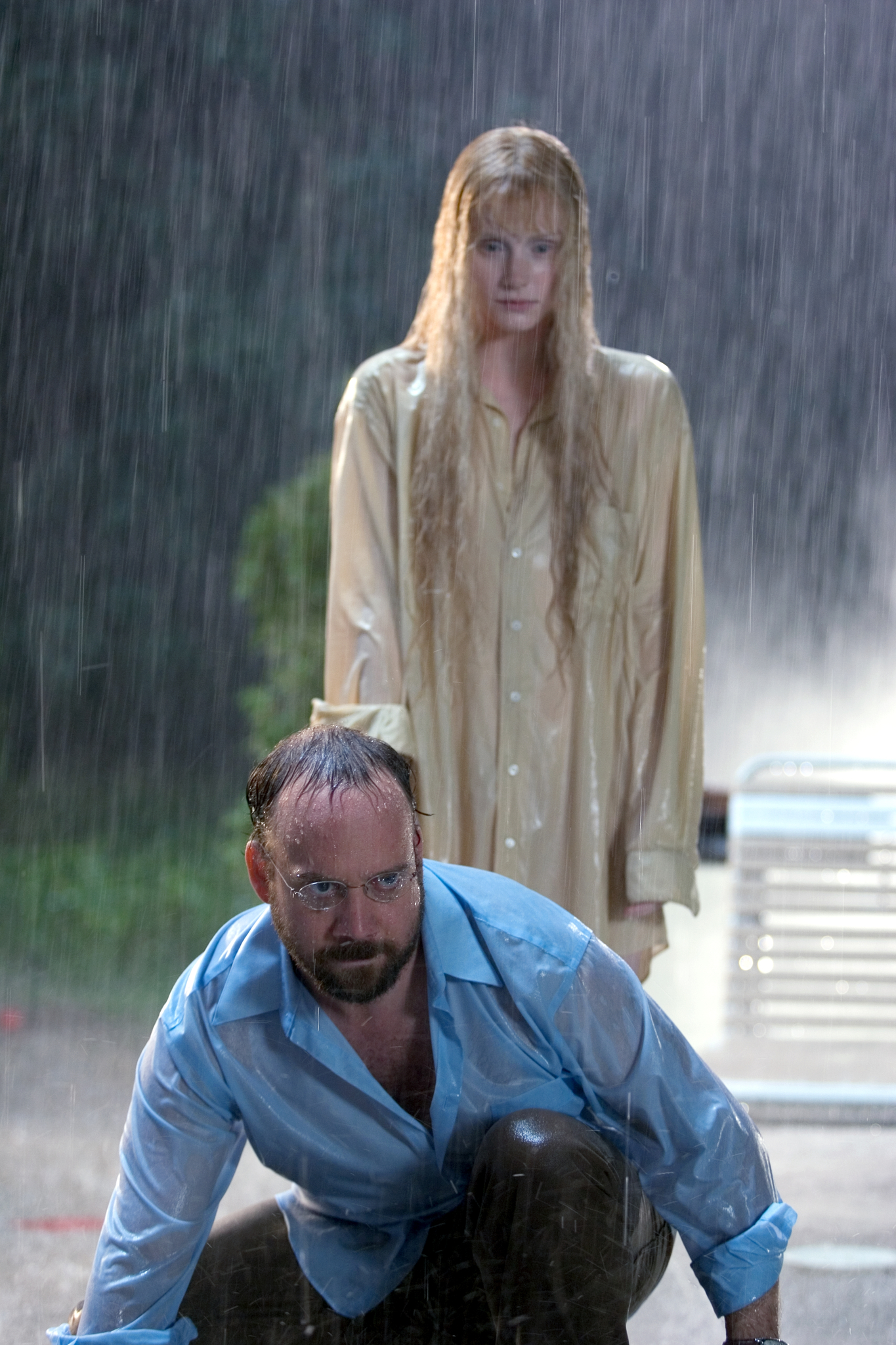 It’s fitting that Shyamalan intended "Lady In The Water" as a bedtime story because no matter how awake you are before you watch the movie, it will put you right to sleep. Shyamalan uses so much clunky exposition that there is hardly any forward-moving action. Shyamalan doesn’t just break the "show-don’t-tell" rule of screenwriting he rejects the virtuous theorem completely out of hand. 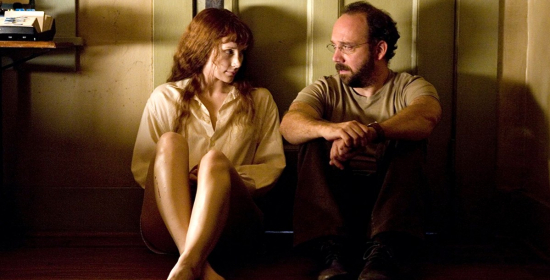 "The Lady In The Water" is a visual drone of muted colors embellished with a ham-fisted musical score by James Newton Howard ("The Village"). Newton isn’t satisfied at only telling the audience what to feel with bombastic aural cues, he wants to bulldoze the spectators into a corner and slap them around some. The effect is equally as deadening as Shyamalan’s onerous attempt at story construction. The script screams pretentious affectation. Every time Cleveland calls out Story’s name it is as if he is inhabited by Shyamalan’s alter ego busy searching for elusive narrative threads. 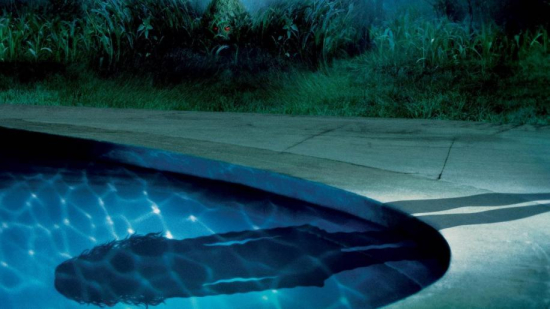 If the film weren’t already feeble enough, Shyamalan insists on upgrading his signature cameo performances in his own films to that of featured supporting player. Shyamalan plays a novelist who lives with his "sister" in Cleveland’s apartment complex. Forget that M. Night Shyamalan’s acting skills couldn’t get him cast in a high school production of "Our Town." Watching a skilled craftsman like Paul Giamatti delivering lines to Shyamalan is like watching Robert Duvall talk to his cat about politics. It’s the one thing in the movie that sent shivers down my spine. 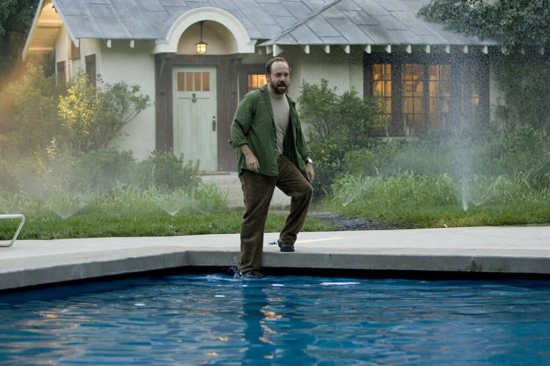 "The Lady In The Water" is nothing that it professes to be. Shyamalan calls it an "epic bedtime story" about a community of people drawn together to solve a series of riddles to save an angel, and consequently humanity. There isn’t anything on screen to connect Shyamalan’s artificial everyman characters to any lofty objective other than believing in artifice over reality. By the time the apartment complex tenants decode Cleveland’s secondhand telling of their duties in some convoluted myth, we realize that not only does none of it make any sense, but that we simply don’t care about it or any of the characters. 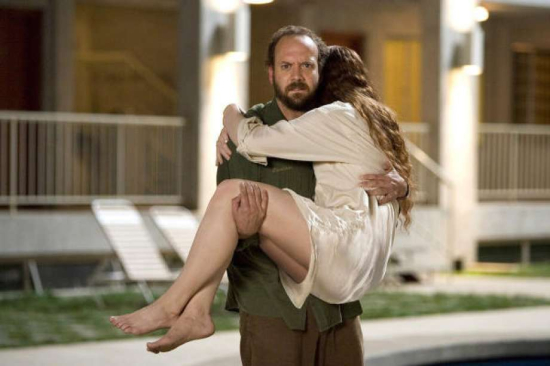 M. Night Shyamalan got incredibly lucky on his vastly overrated debut feature "The Sixth Sense." He has since milked that unjustified success over four increasingly abysmal films "Unbreakable," "Signs," "The Village" and now "The Lady In The Water." He has become the David Blaine of hack auteurs. If David Blaine finds failure upsetting, I wonder how Shyamalan will face the day when his audience finally abandons him.