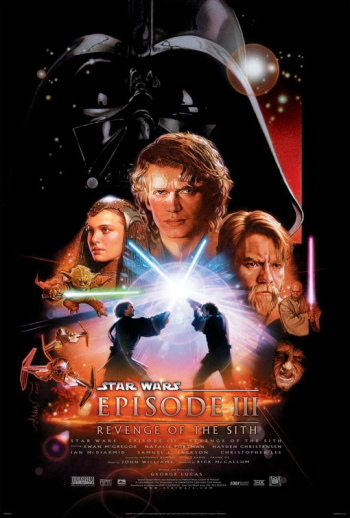 Doomed to be forever referenced as the least offensive Star Wars movie of the prequel trilogy, "Star Wars: Episode III - Revenge Of The Sith" is a visually delicious film filled with ostensibly crowd-pleasing (read boring) lightsaber battles that escort Anakin Skywalker's violent transition into the persona of Darth Vader. This is after he opts for the dark side's unlimited power in an attempt to circumvent a predicted death of his first offspring by his clandestine wife Padme (Natalie Portman). Inane dialogue, a wretched performance by Samuel L. Jackson, and indulgent pacing hamper Lucas's already clunky plot that brings final closure to a story that should not have taken 20 years to tell. 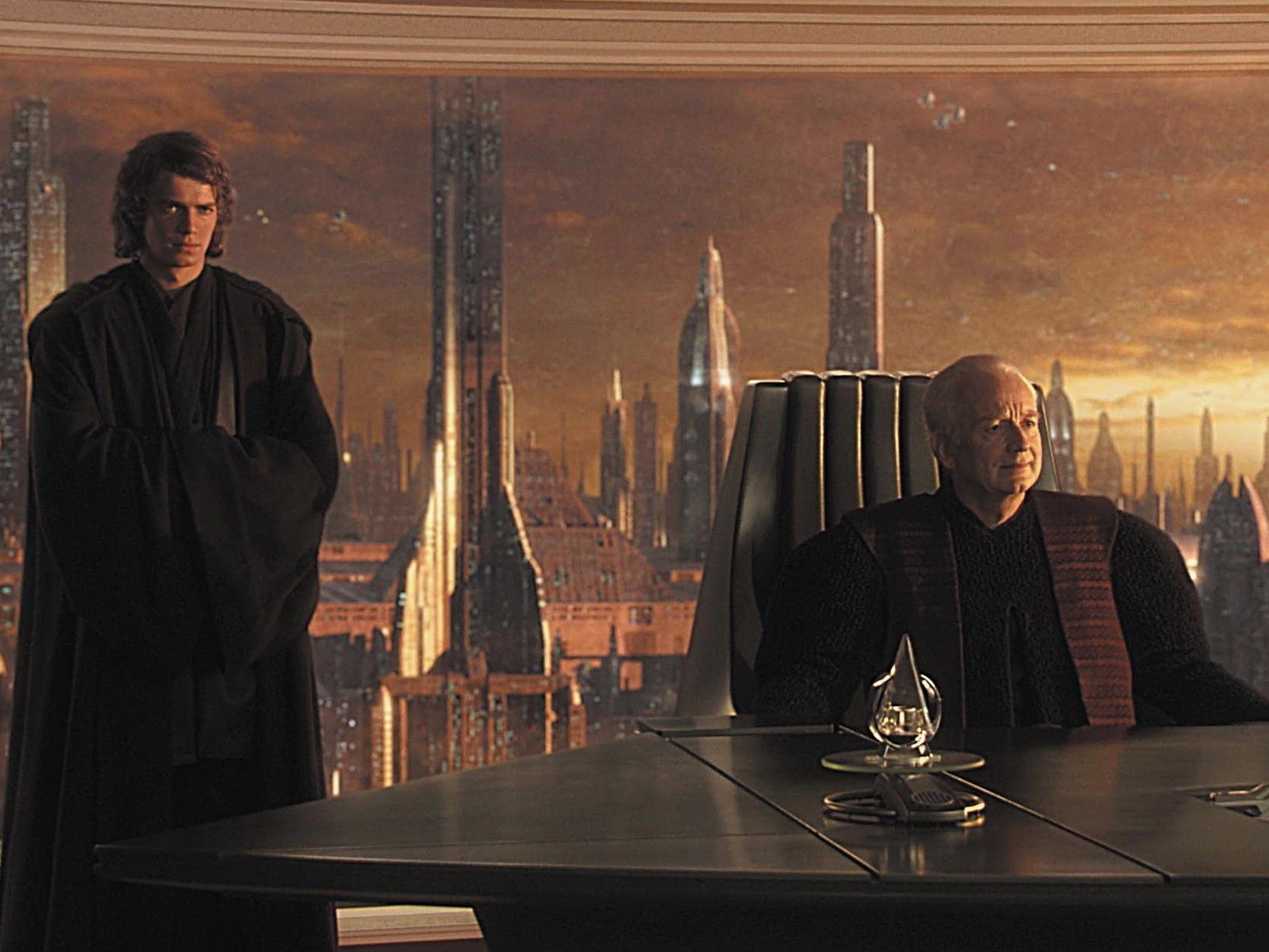 "Popcorn movies have always ruled. Why do people go see them? Why is the public so stupid? That's not my fault." Since George Lucas spoke those inciting words he's gone on to become one of the world's richest directors alongside his cohort Steven Spielberg. It's a cruel irony that Lucas says he wants to make art films along the lines of "Koyaanisqati" now that he's finally finished his career-building monolith. It's sad because it was his, and Spielberg's, '70s era blockbuster "popcorn" movies that obliterated Hollywood's pathway for socially conscious "art films," and left audiences in an abyss of commercially-driven lowest common denominator movies designed to appeal to the inner child in adult audiences. You don't have to repeat the words "sith" or "dooku" very many times to feel your IQ drop like a skydiver plummeting 15,000 feet. 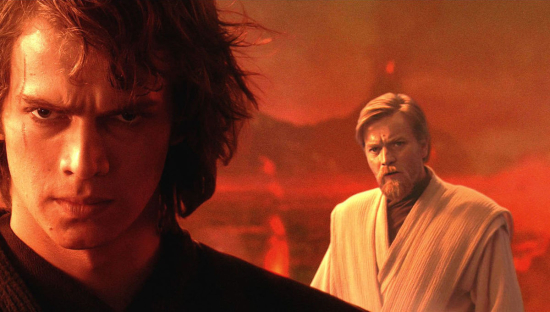 An interesting aspect of George Lucas's Star Wars chronicle is how much it tells about the director's own assent/descent toward the dark side of greed. George Lucas's famously shy personality aligns as an alter-ego to the passive Anakin Skywalker who memorably adopted a queasy subservient role in his initial romance with Padme that found him picking his navel until it bled. In "Revenge Of The Sith" Anakin is haunted by nightmares about the death of Padme's firstborn It's not a far stretch to read that narrative thread as reflecting Lucas's own fears about birthing yet another stillborn Star Wars movie. 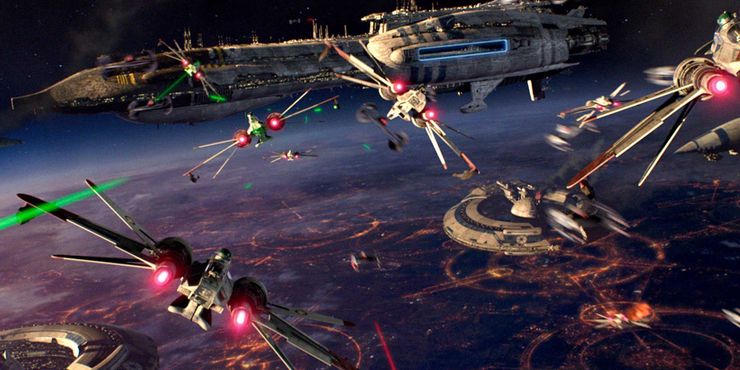 Anakin's undisclosed marriage to Senator Padme Amidala raises a significant complication that puts Anakin in a superficially dead-end situation. If their marriage is discovered then Anakin will be expelled from the Jedi priesthood. Since Padme's imminent child makes that disclosure probable, Anakin adopts a passive route to gaining power by falling under the evil tutelage of the Republic's Supreme Chancellor Palpatine (well played by Ian McDiarmid). The obvious responsible choice would be to boldly announce his marriage to Padme and devote himself to his family rather than continue going through life as a Jedi leader. Anakin's story would have been made more complex if he had attempted to come publicly clean about his marriage. It would also have demanded more of Portman's underused character. 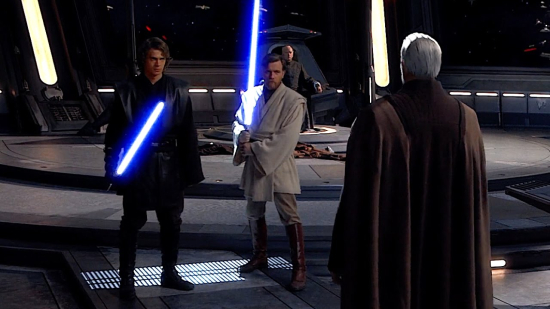 However, just as George Lucas was drawn to a greed for power that excluded him from acting as a mature filmmaker, Anakin takes an easy way out and abandons his moral precepts. If you doubt that Lucas ever had ethical principles as regards filmmaking see "THX-1138" which is an "art" film in the purest sense of the word. Regrettably, the abuse that Lucas suffered in Hollywood with his under appreciated "THX-1138" convinced him to dumb down his approach to cinema in favor of "popcorn" profits. 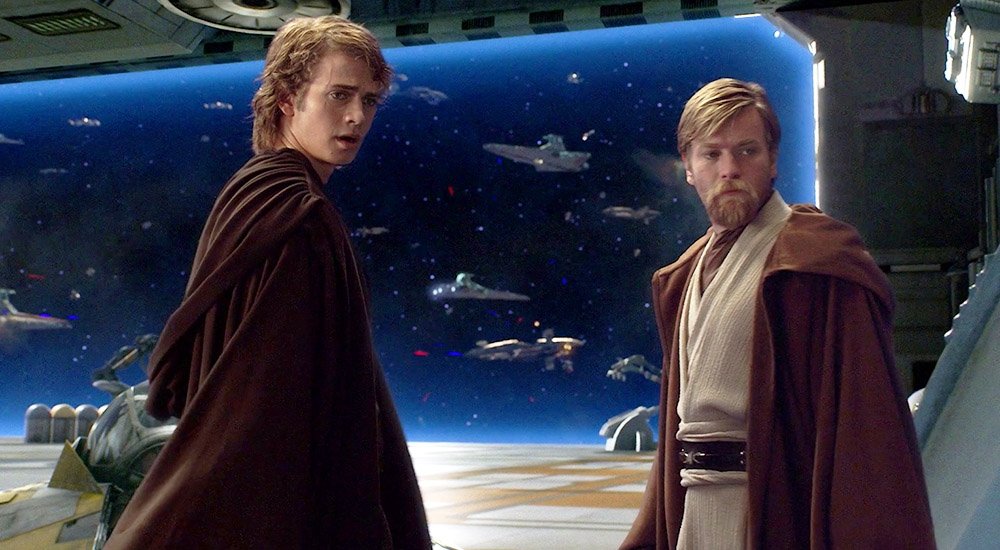 "Star Wars: Episode III - Revenge Of The Sith" comes at a time in American film criticism when many critics are more likely to ask themselves how much money a movie is likely to make rather than whether it's a good or a bad film. 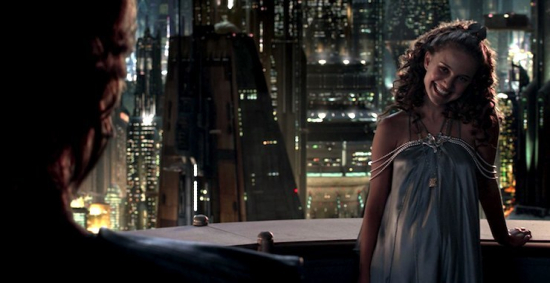 Does "Revenge Of The Sith" accomplish what the limited constraints of the overall six-film narrative promise? I think that it does. But the film doesn't come close to matching its visual spectrum to that of its attempted dramatic and emotional content. It's a top heavy children's film that tries to overcompensate for its childishness by ending with an overtly violent finale meant to convince the viewer that dramatic satisfaction has been reached. It hasn't. 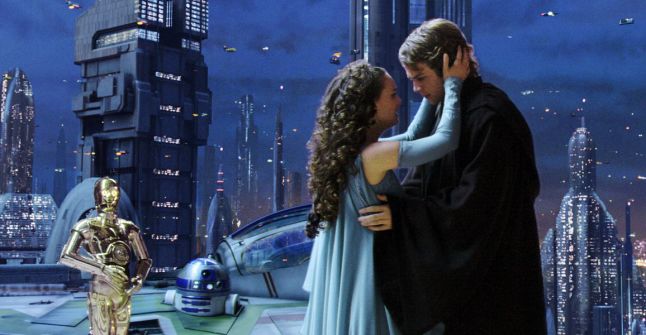 It is always the filmmakers' job to establish, in the opening moments of a film, the degree of violence that the audience can expect so that people put off by such intensity of content can leave should they choose to do so. George Lucas doesn't do that in "Revenge Of The Sith." For that singular reason alone, "Revenge Of The Sith" is an inferior movie.